What is Immunotherapy and Why is the New CAR-T Therapy so Revolutionary? 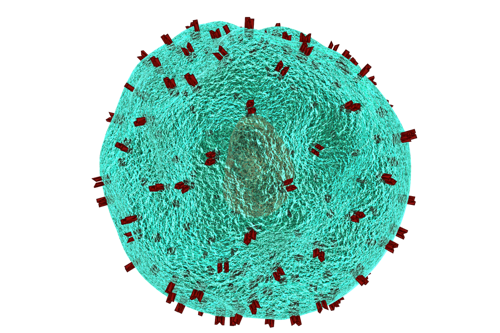 As I am sure you have seen in the news this week, adults with lymphoma have been successfully treated with a new form of therapy at King’s College Hospital.The hospital has become the first in the UK to use the newly-approved CAR-T (chimeric antigen receptor T-cell) therapy, a form of immunotherapy, to treat adults with lymphoma.

So, what is immunotherapy? Immunotherapy is a form of cancer treatment that uses the body’s own immune system to prevent, control and eliminate cancer. Specifically, immunotherapy enables the body’s immune system to recognise and attack cancer cells whilst also boosting immune cells to help eliminate cancer and enhance the immune response. Cancer immunotherapy is available in several forms, such as targeted antibodies, cancer vaccines, tumour-infecting viruses and adoptive cell transfer. Immunotherapies use materials from living organisms to fight disease and as a result are a form of biotherapy. Some immunotherapies, such as the new CAR-T therapy being explored here, use genetic engineering to enhance the body’s immune cells’ cancer-fighting capabilities.

The new CAR-T therapy is a complex form of immunotherapy which is tailor-made for each patient using their body’s own cells. The process involves harvesting white blood cells (T cells) from each patient which are then sent to laboratories in the US, having been frozen in liquid nitrogen. These T cells are then genetically reprogrammed to recognise cancer cells. Millions of these modified cells are grown in the US lab before being sent back to the UK. The cells are then infused back into the patient so they attack and kill the cancer. The entire manufacturing process takes a month. As this is what they call a “living drug”, the genetically modified T cells remain in the patient’s body for a long time and continue to grow and work inside the patient over time.

This new CAR-T therapy is currently being used on selected patients receiving treatment for recurrent lymphoma at King’s College Hospital. It has been reported that the new therapy has cured some patients on the trial, even those with advanced cancer, when other treatments have failed. CAR-T therapy has so far been found to be effective in 40-50% of cases, eliminating untreatable, terminal lymphoma in 15 months of treatment. However, patients who have received the therapy have reported a wide range of side effects including vomiting, neurotoxicity, confusion and aphasia. This is still a new therapy and therefore very long-term data is still lacking.

In another pioneering act, all patients receiving CAR-T therapy at King’s College Hospital are being screened for anxiety and depression and any patient showing symptoms will receive mental health support to cope with the difficult effects of treatment. This is a unique service as no other UK hospital offering CAR-T therapy combines physical and mental health treatment in this way. The NHS is providing CAR-T therapies for children and young people with B cell acute lymphoblastic leukaemia and adults with diffuse large B-cell lymphoma and primary mediastinal B-cell lymphoma in England.

CAR-T therapy has so far shown the most promise in blood cancers. ‘Solid’ cancers (i.e. those that form tumours such as lung cancer) have been more challenging. One reason that blood cancers have been an easier target is due to ‘acceptable collateral damage’. CAR-T cells work by targeting proteins sticking out from the surface of cancer cells. Cancerous B-cells (immune cells in the blood) have a protein called CD19 on their surface, but so do healthy B cells. Consequently, CAR-T therapies that target CD19 wipe out healthy cells as well as cancerous cells. This is considered ‘acceptable collateral damage’ as the rest of the immune system remains and drugs can help ‘bridge the gap’. However, this is not the case for other cancers – you cannot destroy the lungs to kill lung cancer for example.

As a closing statement here is a quote from Simon Stevens, Chief Executive of NHS England and NHS Improvement: ““CAR-T shows huge promise and it is fantastic to see that patients in the NHS are among the first in the world to benefit. The start of this treatment marks the beginning of a new era of personalised medicine, and forms part of the upgrade in cancer services which are set out in the NHS Long Term Plan.”