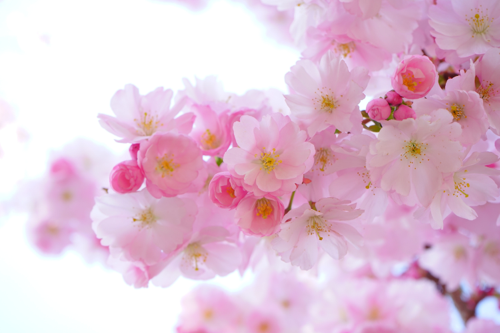 It is estimated that cervical cancer kills two people every day in England.

It is predicted that if all eligible women attended their smear test, 83% of cervical cancer cases could be prevented.

Cervical screening saves 5,000 lives every year in the UK, yet 20% of women are not being tested.

One in four women do not attend their cervical screening, despite one in nine of these claiming they would take a test that could help prevent cancer.

It has been 10 years since reality TV star Jade Goody, lost her life to cervical cancer at the age of just 27. Sadly, she reportedly ignored a letter explaining that abnormal cells were found on her cervix following a smear test. After her death, it was reported that the number of women who attended cervical screening increased by half a million between mid-2008 and mid-2009. However, the ‘Jade Goody effect’ now appears to have waned.

A 2012 study explored the impact of Jade Goody’s cancer diagnosis and death on the NHS cervical screening programme. The study routinely collected data for the months surrounding the reality TV star’s diagnosis and death, and compared this to other periods. It was found that in March 2009, cervical screening attendance was 70% higher than would have been expected. This applied to both initial and follow-up screening attendances, and at all ages; although the effect was greater for women aged under 50. Furthermore, a significant proportion of the extra attendances of women aged 25-49 were in women whose attendance was overdue. In fact, 28% of women were 60 months or more overdue their screening and very few represented over-screening, with just 8% of these women having been screened in the last 30 months. The study concluded that the pattern of increased cervical screening attendance mirrored the pattern of media coverage of Jade Goody’s diagnosis and death, which likely resulted in a number of lives saved.

But as mentioned above, the Jade Goody effect appears to have been lost. In fact, the UK government has recently launched its first campaign to encourage women to attend their smear tests following attendance reaching a 20-year low (as of March 2018, the percentage of eligible women adequately being screened was at 71.4%). The campaign highlights the risks of cervical cancer, emphasising the preventative benefits of the often misunderstood screening test. The campaign also encourages women of all ages to respond to their screening invitation or to book an appointment if they previously missed their invitation, as well as attempts to tackle the associated fear and embarrassment.

Cervical screening is free throughout the NHS for all women aged 25 to 64 years. The tests are able to identify early signs of cervical cancer, before the abnormal cells become cancerous. As a result, a significant number of cervical cancer deaths can be prevented. The Public Health England campaign attempts to improve screening attendance via TV and digital adverts which explore women thanking friends and family for reminding them to attend their cervical screening. With the 10th anniversary of Jade Goody’s death this year, Public Health England hope there will be significant media interest which may boost their campaign to improve screening attendance. The aim is to rebuild the figures which were resultant of the Jade Goody effect, but there also needs to be a focus on targeting groups who are less likely to attend their smear tests, including younger women and individuals in the LGBT community. In fact, Public Health England have launched a specific campaign to reach these groups of women using targeted messages and more in-depth explanations as to why they are at risk of cervical cancer.

There are several reasons why women may not attend their cervical screening, such as the misbelief that screening is not necessary or relevant to them, or even work commitments, while some women book time off work because they are too embarrassed to discuss it with their bosses. There also seems to be a pertinent challenge for doctors to ensure their patients associate screening with cancer prevention. Education is key to shifting this dangerous misconception. Deciding whether to be screened is always a personal choice. However, there is a need for women to be supported to greater understand the need for screening and to fear the process less. Ultimately, there is a need to improve cervical screening acceptance across England to help stop more women dying from cancer unnecessarily.

Alongside the Jade Goody effect, several celebrities have recently publicly spoken about their experience with cancer. For example, in 2013, Angelina Jolie announced that she was a carrier of a BRCA1 gene mutation and as a result decided to undergo a prophylactic mastectomy. A 2017 study reported an increase in referrals for breast and ovarian cancer (cancers associated with a BRCA gene mutation). Specifically, an increase of 285% in these referrals was found following the actress’ announcement, alongside an 80% increase in BRCA tests. In addition to this, NHS chief Simon Stevens, thanked former BBC Breakfast presenter Bill Turnball and broadcaster Stephen Fry for the work they have done in urging men to seek help surrounding urological symptoms. Bill Turnball publicly spoke about the debilitating effects of undergoing chemotherapy for prostate cancer, while Stephen Fry explored his experience of undergoing surgery for the same type of cancer. There was a resultant 36% increase in patients receiving treatment for a urological cancer in the period after these two celebrities encouraged men to tell their doctor if they were experiencing symptoms. Furthermore, there was a 2.5-fold increase in visits to the NHS website advice page on prostate cancer in the same period.

As GPs, why not use the stories celebrities publicly share of their experiences of cancer to encourage your patients to attend preventative screening, or to be open about ‘embarrassing’ symptoms? Point your patients in the direction of the associated media coverage to increase awareness – it appears to get people thinking!

Finally, don’t forget to signpost patients to tumour-specific charities via the ‘Resources’ section of the C the Signs tool. For example, The Eve Appeal have tailored resources explaining what happens during a smear test. Education is key to improving understanding, reducing fear and increasing attendance which ultimately has the potential to save lives.