AS PRIMARY CARE CLINICIANS, SHOULD WE BE RECOMMENDING VAPING TO PATIENTS WHO SMOKE? 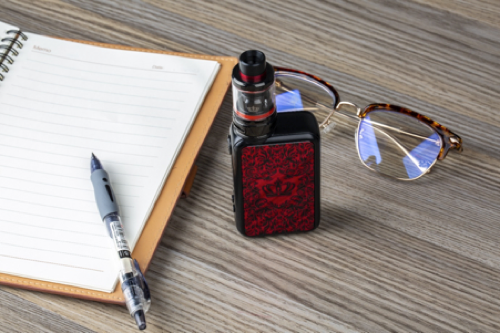 A 2017 study found smoking among adults in the UK to be the lowest since records began in the 1940s. Despite this, 7.4 million adults in the UK still smoke and with approximately 50% of smokers predicted to die prematurely, there remains 3.7 million associated premature deaths in the UK.

What are the benefits to vaping?

Manufacturers originally designed electronic cigarettes (e-cigarettes or vapes) as a way to help people stop smoking tobacco cigarettes, and the devices have even formed part of national guidelines on smoking cessation. Present research supports that e-cigarettes are significantly less harmful than smoking. This is due to the devices not containing tobacco, the main cause of damage from smoking. They also do not deliver toxins such as tar and carbon monoxide deep inside the lungs. For example, smokers who switch to e-cigarettes can expect to significantly reduce their cancer risk as they are reducing their exposure to over 70 carcinogens found in tobacco smoke. Vapes do however usually contain nicotine, which is addictive, but not carcinogenic. Consequently, for some people, e-cigarettes could be an ideal option to help them stop smoking tobacco. Moreover, passively breathing vapour from e-cigarettes is unlikely to be harmful, unlike that of conventional cigarettes.

As we know, the addiction to smoking tobacco is not easily broken. Yet vaping can support the transition to quitting simply by simulating the feeling of smoking a cigarette by heating a liquid until it becomes a vapour that people can breathe in, as they would smoke from a tobacco cigarette. It also provides the simple act of holding a cigarette.

In the UK in 2017, 2.9 million adults, or 6% of the population, used e-cigarettes. As mentioned, research has found that exposure to many harmful chemicals is significantly lowered for people who switch to vaping from tobacco, with exposure found to be similar to that of people prescribed nicotine replacement therapy (NRT), such as patches or gums.

The 2018 ‘Government missing opportunity with e-cigarettes’ report from the Commons Select Committee on Science and Technology found e-cigarettes to be 95% less harmful than conventional cigarettes. While a review from Public Health England concluded vaping poses only a small fraction of the risks of smoking tobacco and consequently switching completely from smoking to vaping results in substantial health benefits. It has been estimated that vaping has contributed to over 20,000 successful quits per year, equating to 10,000 premature deaths prevented. However, the same governmental report also found that over 40% of smokers have never tried an e-cigarette. It is believed in many cases, this is because people incorrectly believe vaping to be just as harmful as smoking.

Are there any concerns?

Concerns have been raised surrounding the risk to people who have never smoked taking up vaping and for the people who continue to both smoke and use e-cigarettes. It has been argued the rising popularity of e-cigarettes may contribute to renormalizing smoking in a society which “ideally should be smoke-free”, as well as their potential to undermine complete abstinence. It has also been pointed out that some observational studies found no benefit from e-cigarettes, whereas others even concluded that e-cigarette use reduced quitting rates.

It is also important to highlight that as e-cigarettes have only become popular relatively recently, so the effects of long-term use remain unknown.

What is the consensus?

Cancer Research UK do not recommend that non-smokers start using e-cigarettes, but support the principle that they are a popular ‘stop smoking’ tool. They argue e-cigarettes provide smokers with the nicotine hit they crave, without the cocktail of carcinogenic chemicals. It is also plausible that e-cigarette use has contributed to the fact that quitting smoking rates have reached their highest levels since 2017. Furthermore, one study found vaping to be more effective at helping people stay off cigarettes for 1 year or longer than other quitting aids or giving up without aids. Moreover, users save hundreds of pounds a year by switching to vaping. On average, vaping costs half as much as cigarettes.

The consensus among experts in public health appears to be that the rise in vaping is positive, as long as it is due to people who currently smoke tobacco exchanging a harmful habit for a less harmful one. And this does seem to be representative of reality, with just 3% of e-cigarette users having never smoked.

As a closing note, here is the advice from the Royal College of GPs (RCGP):

“Primary care clinicians ought to present vaping as a substantially less harmful alternative to smoking. If the options are smoking or vaping, it will emphatically be vaping. However, if there is a third option of ‘neither’, this is the only truly ‘safe’ option.”