C the Signs visits No. 10 and the NHS Long Term Plan 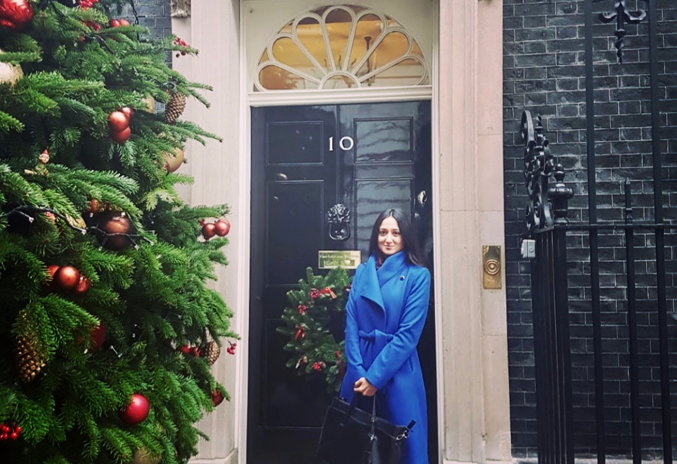 Last month, C the Signs was invited to No 10 Downing Street to share the impact C the Signs was having and the power of using technology, innovation and artificial intelligence to improve early detection of cancer and patient survival.

Prior to our visit Prime Minister Theresa May spoke of the positive impact of improving cancer detection for both patients and the wider economy at the Conservative Party Conference; the government estimates that it could save 52,000 lives per year – as well as £210 million for the cash-strapped health sector. This led to her announcement to prevent 20,000 cancer-related deaths through early diagnosis by deploying artificial intelligence in the NHS.

This week NHS England released the much awaited Long Term Plan to tackle the challenges we’re going to face in the coming years. From increasing inequality, and an expanding and ageing population, to the funding and staffing pressures, the NHS Long Term Plan hopes to get to grips with these major issues. Its key focus: early diagnosis and prevention. 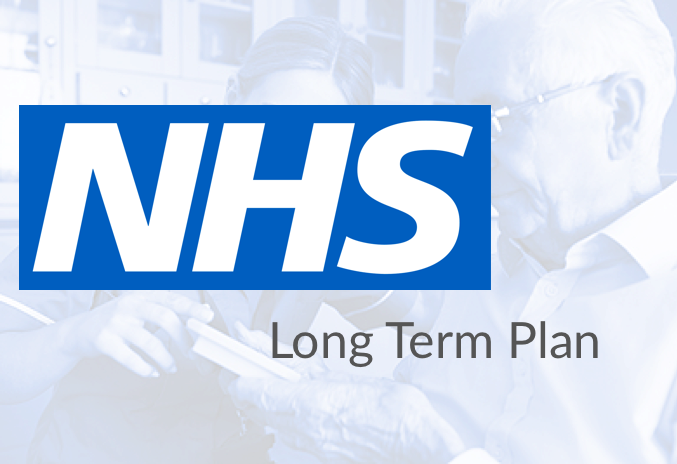 Cancer is particularly highlighted as being a major target of improvement in the next decade. We have made great strides in the last 20 years, particularly in survival. Currently 1-year survival is at 72% and 5-year survival is at 53%; both improving more than 10% from the year 2000. However, we still languish behind other comparable healthcare systems, with cancer still being the leading cause of premature death in this country.

Professor Sir Mike Richards, National Cancer Director said last year “the number of missed opportunities to save lives is equivalent of a jumbo jet of people falling from the sky every two weeks.”

The most significant goal in the report is to diagnose 75% of cancers in the early stages (stage 1 or 2) by 2028. This is truly a noble and ambitious target as we know that early diagnosis can save lives. Currently we diagnose just over half of cancers in the early stage with 80% surviving to 10 years. Most of these early stage patients are diagnosed in primary care or through screening. However, the current cancer detection rate (the number of patients with cancer detected in primary care vs elsewhere in the NHS) is 51.3% (2017/18). This is only a 0.3% improvement on the previous year which means at the current trajectory we’ll be closer to 54% by 2028.

So, what is the plan to achieve the 75% early cancer detection target?

Currently we have a 62-day standard which is between referral and the start of treatment. This will seek to accelerate this process considerably, with cancer diagnosis or exclusion within 1 month. The 62-day waiting time standard has not been met nationally since 2014 – the 28-day standard will be a considerable challenge especially recognising when the clock starts.

These have been piloted across the UK to help investigate patients with non-specific symptoms. These will begin to be rolled out in 2019. NHS Improvement published a report in 2018 citing that the biggest challenge to faster diagnosis standards was time to first appointment and number of appointments in a patient pathway. In the current system, with fragmented access to resources, many patients will have 3-5 appointments in a cancer pathway prior to receiving a diagnosis. Straight to test pathways and direct access diagnostic services will reduce the time it takes for patients’ cancer to be ruled in or out.

New scanners and restructuring of services

There will be greater investment in equipment, including CT and MRI scanners, as well as a review of the current structure of diagnostic services to improve the turnaround time.

There are a number of improvements outlined to improve screening rates, including: the release of new tests (such as the Faecal Immunochemical Test shortly to be rolled out for bowel cancer), increasing screening capacity, and extending pilots for other cancers (such as the Lung Health Checks CT scans performed in high risk patients in Liverpool and Manchester). They also suggest that in the future we should use more personalised and risk-stratified screening.

Speeding up the path of innovation and technology

There is a commitment in the plan to fast-track innovation and to spread proven new techniques to reduce variation.

Prevention and early diagnosis of cancer can afford the best chance of survival, improve quality of life and reduce cost to the health service. The biggest challenges to date have been the lack of innovation in primary care, the administrative hurdles to refer patients quickly and effectively, and the hurdles in accessing the right services locally in a timely manner. The Long-Term Plan promises many of the key objectives which underpins the C the Signs technology: improving early identification of patients at risk of cancer, driving straight-to-test pathways, improving access to faster diagnostic pathways, and streamlining the referral process (so it takes only a few clicks). This will help to accelerate the time it takes for cancer to be diagnosed or ruled out.

Following the publication of Public Health England Finger Tips Data in December we have seen some exciting results in our pilot sites with regards to cancer detection rates which we will be publishing later this year.