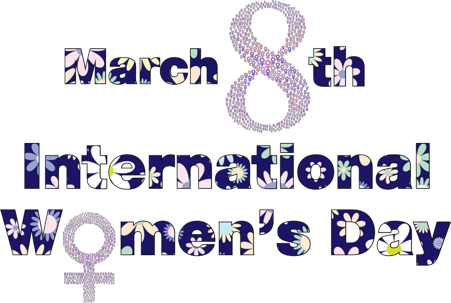 Tomorrow is International Women’s Day – a day to celebrate women’s achievements throughout history and across nations. With this in mind, we would like to approach this week’s article from a slightly different angle; the disproportionate effect of cancer on women compared to men.

Despite more men than women dying from cancer in the UK in 2016 (88,200 men vs 77,900 women), cancer mortality rates are declining more rapidly for men. Over the last ten years, mortality rates for all cancers combined have decreased by 9% in the UK. Yet rates in males have declined by 24%, compared to a decline of 10% in females. For both genders, lung and bowel cancer are in the top three most common types of cancer, alongside prostate and breast cancers for males and females respectively. Taking lung cancer as an example, mortality rates have on average reduced by 26% in the UK since the early 1970s. However, despite rates decreasing by 55% in males, mortality rates have shockingly increased by 87% in females.

It is therefore clear that although it is still true that more men than women get cancer, cancer rates in UK women are rising significantly faster than in men. It is predicted cancer prevalence among women will increase six times faster than in men over the next 20 years. This latest prediction is based on knowledge of how various aspects of lifestyle can affect your chances of getting cancer. For example, the World Health Organisation (WHO) has calculated that 40% of the 14 million cases of cancer diagnosed every year are preventable. The main preventable causes of cancer being diet, smoking and infection. Diet has been stated as the factor most likely to disproportionately affect women over coming years.

The WHO have estimated that over half a million cancers worldwide can be directly linked to obesity each year. Although being overweight can increase the risk of several cancers that affect both genders, some cancers which only affect women have also been strongly associated with diet. For example, the number of cases of womb cancer being diagnosed each year has almost doubled since the early 1990s, alongside a prediction that a third of all womb cancer cases can be linked to obesity. The reason for this link is currently unclear, although one of the main factors seems to be the production of oestrogen by fat cells. Yet, there has been no causal link found between obesity and cancers which only affect men. Although, it has been reported that prostate cancer can be more aggressive in overweight men.

Alcohol is another key factor associated with the increasing cancer prevalence rates amongst women. Increased alcohol intake is associated with an increased risk of getting breast cancer. Moreover, a 2016 study found that women are now drinking as much alcohol as men. Alcohol intake is also strongly linked with mouth and throat cancers. Despite more men than women currently being affected by these types of cancer, with women drinking more alcohol, it is likely their risk will greaten.

Smoking is the most important preventable cause of cancer. This is particularly true for lung cancer which, as previously mentioned, is the second most common type of cancer for both sexes, yet rates are increasing in women and decreasing in men. In the past, lung cancer was much less common in women, which was associated with women smoking significantly less. However, beginning in the 1900s, more and more women began smoking, even as less men were taking up the habit. This therefore partly explains the disparity in lung cancer rates for both sexes. Despite this, fewer people are smoking each year and as a result, lung cancer rates will reduce for both males and females. Although it will be some time before we see the impact of this as it can take 20 years or more for lung cancer to develop.

There is also good news! Cervical cancer rates have decreased since the 1970s due to the cervical cancer screening programme which often detects the disease before it develops into ‘full-blown cancer’. In the UK, and several other countries, girls are now vaccinated against the most harmful forms of the human papilloma virus (HPV), a common cause of cervical cancer. Recent research has found this has already reduced rates of infection and early stages of cervical cancer. However, it is vital to remember in countries without screening and vaccination programmes, cervical cancer is still responsible for many deaths of young women, with 250,000 women dying from the cancer each year.

In the case of both lung and cervical cancer, education and intervention have been found to decrease the number of cancers diagnosed. Yet the best way to approach to reducing obesity-related cancers is unclear. Obesity rates are continuing to rise despite healthy eating campaigns, with a similar lack of success with attempts to change attitudes towards alcohol.

This International Women’s Day we feel it is important to raise awareness of this disproportionate effect of rising cancer rates amongst women. Public campaigns have raised awareness of the lifestyle choices which can impact cancer risk, yet it is less clear from these campaigns that these choices are affecting women significantly more so than men. We can all reduce our risk of getting cancer by stopping smoking, eating healthier diets, drinking less alcohol and taking part in more exercise.