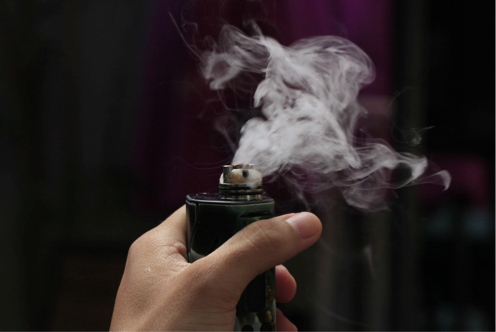 Hundreds of people have come down with a mysterious lung illness believed to be linked to vaping. It has been reported that up to 6 people have died from the illness. All of these deaths have been in the US. As a result, the Centres for Disease Control (CDC) have recommended that everyone in the US stop using all e-cigarettes. It has been hypothesised that these illnesses may be linked to the inhalation of vitamin E, but the exact cause currently remains unknown.

The average age of the 450 individuals who have fallen ill with a severe lung disease after vaping is 19 years, with nearly half of the 10 million vapers in the US being under 35 years.

The CDC is now working with several US state health departments to determine what exactly the deaths and illnesses have in common and with which vaping products specifically they are associated with. Whilst the investigation is ongoing, the CDC has recommended that everyone stop using e-cigarettes.

Interestingly, the number of lung illnesses linked to vaping in the US has more than doubled in the last two weeks. The reason for this is unknown at the moment.

What are the symptoms of the mystery lung illness?

The potential role of Vitamin E

The current general consensus amongst health officials in New York is that there may be a potential link between the mysterious illnesses and vitamin E oil (vitamin E acetate) which is found in e-cigarette liquid. The oil was added as a thickening agent in large quantities in nearly all cannabis containing samples the state tested. This finding makes Vitamin E oil a key focus of the current investigation. The substance is not found in nicotine-based vaping products and is not an approved additive for medicinal cannabis products. However, some of the patients with the mysterious lung illness reported using nicotine based products only.

Dr David Christani, from the Harvard School of Public Health says, “there is clearly an epidemic that begs for an urgent response”. He reported that e-cigarette liquids have been found that contain at least six groups of toxic chemicals and that the interaction between these chemicals may cause new toxins in users.

Furthermore, the Food and Drug Administration (FDA), who are responsible for protecting public health in the US, are currently investigating 127 reports of seizures possibly linked to vaping. It is very clear that we are still unsure of the long-term health impact of vaping. To date, it has generally been accepted that e-cigarettes are significantly safer nicotine source than tobacco cigarettes, but that non-smokers should stay away from vaping.

Vitamin E is a common supplement found in many health and beauty products and is known to be safe to consume and even applied to the skin as an oil. However, when inhaled, vitamin E can pose serious health risks, as the substance coats the lungs which can result in lipoid pneumonia. Vitamin E acetate was first linked to lipoid pneumonia in 2000, and then again in 2012. Both of these incidents related to homemade cannabis cartridges, which perplexed doctors at the time.

According to some reports, the cannabis-containing cartridges assessed by the CDC relating to the flurry of illnesses were from states without legal recreational or adult use laws. Therefore, vitamin E acetate may have been added to unregulated products by underground sellers or by individual users to thicken their cannabis oil. Consequently, it has been advised that people avoid modified products or those of unknown origin.

The FDA has not settled on vitamin E as the definite and sole cause of the illnesses and deaths surrounding vaping and has not ruled out other vaping liquid chemicals.

What about in the UK?

Vaping is also a massive phenomenon in the UK, with nearly 3 million vapers. There are not known to be any similar incidents with UK regulated products.

Unlike in the US, all e-cigarette products in the UK are tightly regulated for quality and safety by the Medicines and Healthcare products Regulatory Agency (MHRA) and operate through the Yellow Card Scheme which encourages the reporting of any bad experiences.

It is important to highlight that this is not the first time that vaping has been a cause for concern. Last year, the BMJ reported a woman had been hospitalised with a cough, fever, night sweats and respiratory failure which was caused by vegetable glycerine in her e-cigarette. There has also been reports of vape pens exploding and in rare cases with fatal consequences in the US. Yet in the UK, with stricter regulations on vaping devices, these events are, thankfully, a lot less likely.

What should I recommend?

In conclusion, e-cigarettes and vapes are relatively new products and as a result, doctors are understandably unsure of what is the best advice to offer. In light of the lung illnesses and deaths associated with vaping, the advice from US health professionals is to avoid vaping until more is known. In the UK, Public Health England’s advice remains that e-cigarettes are a “fraction of the risk of smoking”. However, it has been recently highlighted that doctors ought to remind vapers to only use UK regulated e-liquids and never risk vaping home-made or illicit e-liquids or adding substances, any of which could be harmful.