Cannabis – Does it Cure Cancer? 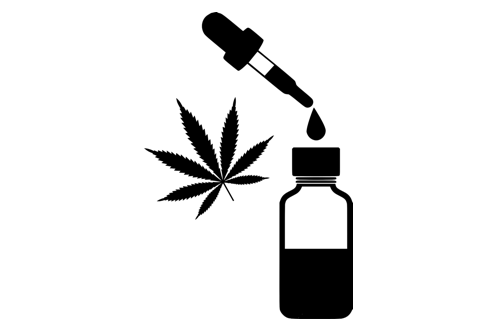 People have used cannabis, both recreationally and medicinally, for thousands of years. Resin produced by the cannabis plant contains cannabinoids, which may have medicinal value. Delta-9-tetrahydrocannabinol (THC) and cannabidiol (CBD) are the two main cannabinoids which have been identified. It is illegal to use THC without a prescription in the UK, but the use of CBD is legal. Several drugs prescribed through the NHS are derived from cannabis. For example, Nabilone, which is used to counteract sickness as a result of chemotherapy.

Cannabis is classified as a class B drug in the UK and it is therefore illegal to possess or supply the substance. Despite not commenting on the legal status of cannabis, Cancer Research UK publicly support scientific research into cannabis and its derivatives that could benefit cancer patients.

Numerous studies have been carried out to assess the potential role of both THC and CBD in the treatment of cancer. The findings of these studies have been mixed. Positively, the majority of these studies reported that cannabinoids can cause a cell to die, stop cells from dividing and stop cells from developing new blood vessels. However, studies have also found cannabinoids damage important blood vessels, and in some situations, even encourage cancer cells to grow.

Other studies have assessed whether cannabis use may increase the risk of developing cancer, with varying results. Some studies reported that cannabis use was found to protect against the development of cancer, while others demonstrated an increased risk.

It therefore remains unclear whether cannabis has any potential role in treating cancer. However, there is some evidence that cannabinoids may help with some of the symptoms of cancer treatment, such as pain and sickness. Despite this, due to mixed findings, the general consensus is that there needs to be more research into the exact chemicals found in cannabis and their possible benefits and side effects. Most of the current research investigating the potential role of cannabinoids in cancer treatment has been done in cancer cells grown in the lab or in animal studies. Yet as is the case with many lab-based studies, the results often do not translate into safe or effective treatments when tested in humans.

Frequent debates surrounding the use of cannabis oil can be found in the news and online recently. It is evident that people are often open to trying anything that may help to treat their own, or a loved one’s cancer; especially if conventional treatments aren’t working.

Cannabis oil can contain varying amounts of CBD and THC. Pure CBD oil is not a controlled substance under the Misuse of Drugs Act as it does not contain THC and therefore does not have any psychoactive effects. It can be sold in the UK but it has to be marketed as a food supplement, without any claim about its medicinal value.

Several individuals have claimed that using CBD oil has dramatically improved their health, but these are not based on clinical trials.

Should I be recommending CBD oil to my cancer patients?

The bottom line is that there is currently insufficient reliable evidence to prove that any form of cannabis can treat cancer.

Cancer Research UK is supporting some of the global research looking into the potential role of cannabinoids in cancer treatment. However, it is important to note that these studies mostly use highly purified chemicals from the cannabis plant, or lab-made alternatives, which are very different to street-bought cannabis and cannabis oil found online or on the high-street (for which there is no evidence of any impact on cancer). This vital difference ought to be highlighted to patients who query the benefit of purchasing CBD oil online or in the shops.

To sufficiently test the potential benefits of cannabinoids on cancer, clinical trials with large numbers of participants and control groups would be needed. A team in Spain have published results from one small clinical trial testing the role of cannabinoids in cancer treatment. In the study, nine patients with aggressive brain tumours were given highly purified THC through a tube directly into their brain. The results supported that THC given in this way is safe and didn’t cause significant side effects. This suggests cannabinoids may be worth pursuing further in clinical trials. However, as this trial did not feature a control group, it did not show whether THC worked to extend patients’ lives. Cancer Research UK are supporting two UK trials of cannabinoids for treating cancer through their Experimental Cancer Medicine Centre.

Despite all of this, there remain several unanswered questions; what doses might be needed? Are natural or synthetic cannabinoids most effective? What types of cancer might best respond to cannabinoids? These questions, and many more, need to be answered before any form of cannabinoids could be used as safe and effective treatments for cancer patients.