Dry January is not really about January 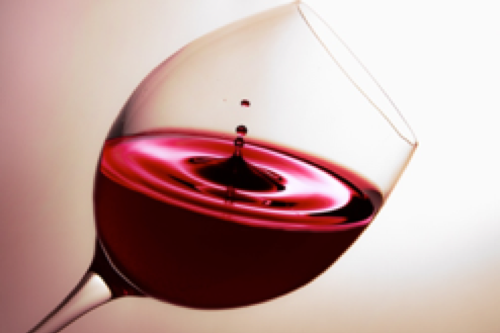 Dry January, the campaign set up by Alcohol Change, challenges participants to give up alcohol for a month. The initiative has now been running for six years, with increasing numbers of people participating each year. This January 1.1 million more people than last year vowed to give up alcohol. Rather than a campaign about giving up alcohol forever, Dry January asks the social drinker to reflect on their drinking habits and to give their body a break from their normal drinking routine (especially after the festive period)!

The UK Chief Medical Officer recommends that no more than 14 units of alcohol be consumed in an average week (the equivalent of 6 glasses of wine a week or a pint of lager a day). It is also recommended that individuals spread their drinking over at least 3 days. Drinking above this level is considered to increase an individual’s risk of severe health problems. The prevalence of this heightened risk was 26% of men and 12% of women in England in 2016.

People participate in Dry January for several reasons, including to feel healthier, save money and generally improve their relationship with alcohol in the long run. Research supports that taking part in the initiative helps people to drink more healthily throughout the year. The University of Sussex conducted a study of 900 participants who gave up alcohol for a month and found that six months later 72% of participants had reduced their number of harmful drinking episodes, while 4% had maintained their alcohol ban. It was also found that for those who drank more riskily prior to Dry January the initiative was particularly helpful, showing a greater decrease in the amount and regularity of drinking.

Check out 3 reasons to embrace the potential long-term benefits of Dry January and continue being mindful of alcohol intake throughout the year:

Alcohol can increase levels of anxiety. Despite alcohol being popular due to its ability to loosen inhibitions, it is a depressant. This is due to alcohol affecting numerous neurotransmitters in the brain, including altering serotonin levels. Moreover, heavy alcohol consumption can contribute to the development of an anxiety disorder. As a result, it is clear that reducing alcohol intake long-term can only be beneficial for mental well-being.

The average pint of beer contains 215 calories, while a glass of wine on average contains 126 calories. On top of its high calorie content, alcohol also increases hunger and dehydrates the individual, often resulting in poor digestion. It has also been found that 10% of people who successfully give up alcohol for a month experienced significant improvements in their health as a result. For example, a 2013 study reported a 16% reduction in blood glucose levels of participants who consumed no alcohol for a month, resulting in an associated lowered diabetes risk.

It is important to also take the time to highlight the importance of seeking support while reducing or completely stopping alcohol consumption. For example, an expectation of withdrawal symptoms through January and recognition of a lowered tolerance level to alcohol following reduced intake would be invaluable. NHS Choices provides a wealth of information on this topic, alongside numerous recommendations of associated support services.

4.2 million people were expected to participate in Dry January in the UK in 2019, that represents 1 in 10 people who drink alcohol. Even if a small proportion of these participants recognise the long-term benefits and continue to be mindful of their drinking habits, the health and financial impact would be significant. The key message is that Dry January is not really about January. Simply avoiding alcohol for a month can show people the benefits of reducing their intake, which can have a knock-on effect for the rest of the year.